This Soundorabilia Fancy Dresses item will be delivered to your door Worldwide from UK. Get this Pizza Is My Life Chopping Board from My Geek Box UK.

Pizza Is My Life Chopping Board 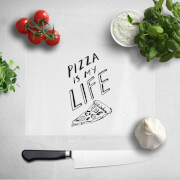 Seashore Seashells Sunshine Chopping Board at My Geek Box UK