This Soundorabilia Fancy Dresses item will be delivered to your door Worldwide from UK. Get this Hell Bunny – Rock Noir Coat – Girls coat – black-red from EMP UK.

– Double-row button placket – Detachable fake fur collar – Fake fur on the sleeves – Two slit pockets This black Rock Noir Coat by Hell Bunny is a winter coat with a large, detachable fake fur collar in black and red. Hell Bunny tricked out this coat with a double-row button placket and fake fur at the sleeves. The Rock Noir Coat features two slit pockets for you to store your belongings. 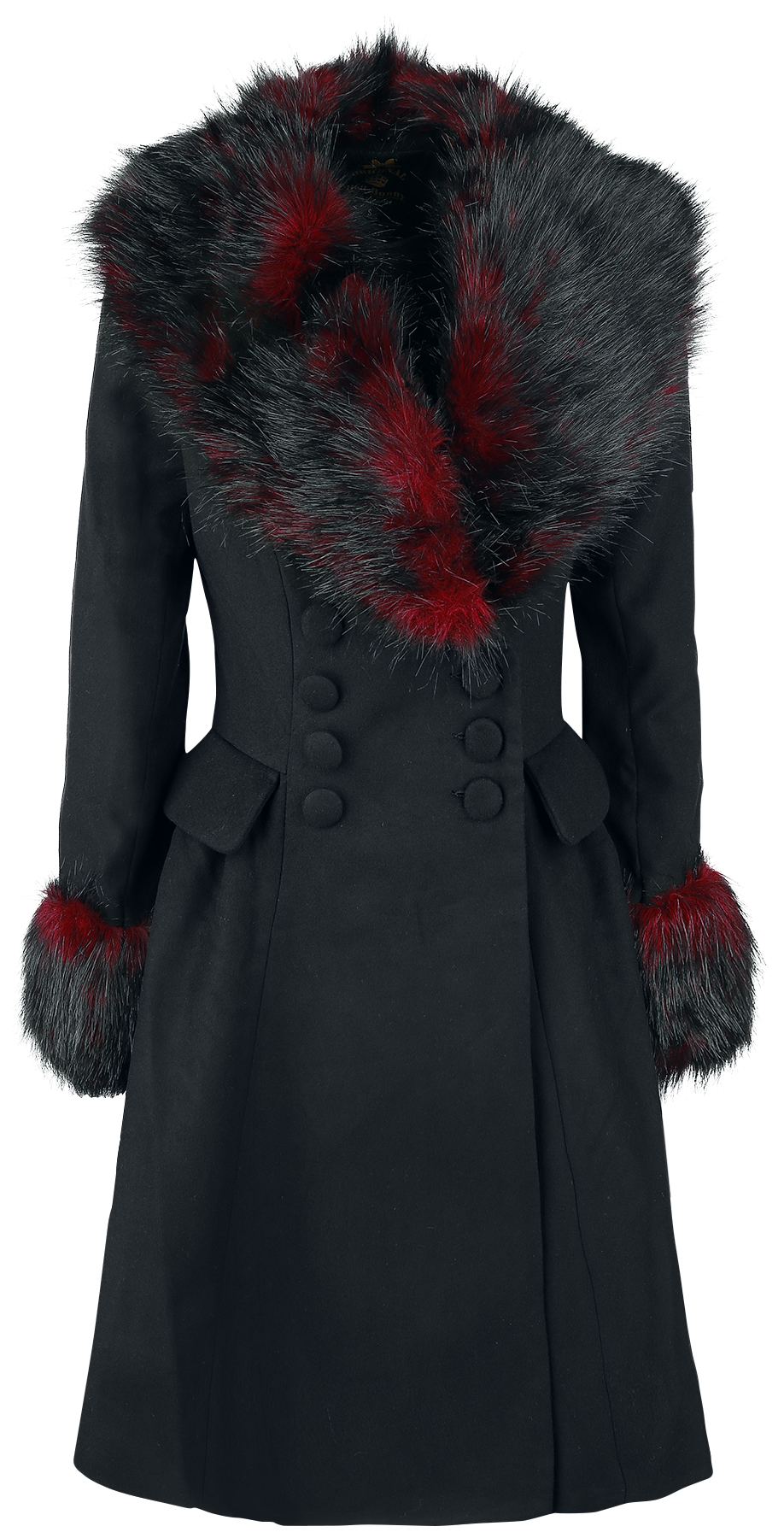